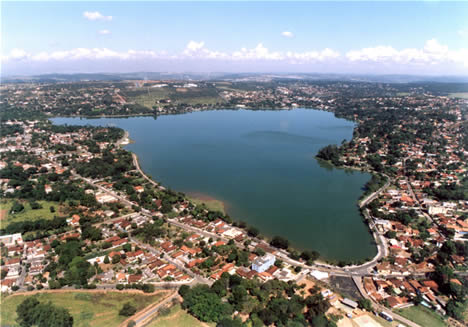 The Danish palaeontologist Peter Wilhelm Lund, known as the father of Brazilian paleontology, discovered a cave filled with human bones (15 skeletons) and megafauna (very large mammals) dating to the Pleistocene era. Eugen Warming assisted Lund 1863-1866, and described the flora of the area and the adaptations of the plants to the hazards of cerrado – drought and fire – in a work that still stands as a paradigm of ecological study (‘Lagoa Santa’). The tomb of illustrator Peter Andreas Brandt, also an assistant of Lund, is located in the town.[1]

A century later, in the 1970s, French archeologist Annette Laming-Emperaire carried out excavations in the area and discovered the oldest human fossil in Brazil, over 11 thousand years old, given the nickname Luzia.