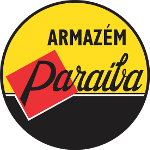 Since 2014 the Warehouse Paraíba has Bacula Enterprise to back up its various systems, etc. VMware virtual machines, ensuring the continuity of their businesses including a vast network of geographically dispersed branch offices. There are hundreds of backup clients.

The Warehouse Paraíba is a department store based in Teresina. Located in the North and Northeast of Brazil, was founded in 1958 in the city of Bacabal, in Maranhão.

The name “Warehouse Paraíba” originated as a tribute to the place of origin of the family of its founders, the brothers Valdecy Claudino Fernandes and João Claudino.

At first the warehouse denomination was justified as it was a home business with wide range of products, however without making strategic arrangement thereof by departments. The organization of the stores by departments started in the 1980s, providing a fast growing brand.

Living up to its slogan, the Warehouse Paraíba is known for its location in the remotest regions of Brazil, mainly in the Northeast, by engaging and exciting promotions, by respect for local culture at large assortment of products and the ease of payment.

In 1983 he initiated your sales system door to door, which is a home selling, using as a selling tool a product catalog and the slogan “A shop in his house.”

Do as the Warehouse Paraíba: simplify, automate, ensure the reliability of their data and to maintain them throughout their lifecycle. Contact us.

Faster Backup Than Ever: Bacula Enterprise